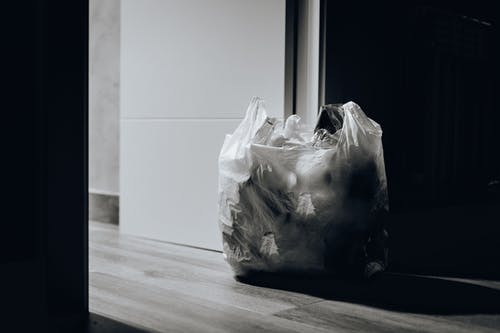 In the last several years, plastic bags have been a topic of hot debate for environmentalists, packaging producers and consumers, as well as politicians. Much of the concern around their use stems from their environmental effects, and many different organizations and individuals have taken a stance which calls for their taxation or even outright prohibition.

In 2014, California was the first state to enact a complete ban on plastic bags, as other states followed its lead, implementing fees and taxes on bag use. This year, New York became the third state in the U.S. to ban plastic bags entirely with a bill that will go into effect in 2020. The momentum towards bans nationwide is the result of a number of causes and is worth the attention of business owners and individuals who buy or sell any type of packaging.

One of the most primary reasons for the push toward banning plastic bags in the United States comes from their possibility of harm as litter. Obviously any type of littering has negative effects on the surrounding community or environment, but plastic can be especially damaging due to its inability to decompose for hundreds of years coupled with its release of harmful toxins during this process. The chemicals found in plastic are easily transferable into the ground and subsequently the water supply, causing destructive effects for plant life and creating unhealthy water.

A different concern which comes with the issue of plastic litter has to do with wildlife and animal health on both a local and global scale. There have been hundreds of thousands of documented instances in the last decade of animals mistaking plastic for food, leading to respiratory and digestive problems as well as fatality.

Because of plastic’s inability to decompose quickly, it can get caught in sewage and waterways, which transfer the debris to locations far from its origin, such as lakes and oceans. Animal injuries from plastic have seemed to have hit marine wildlife especially hard, as 267 different species have suffered from entanglement or ingestion of ocean garbage as reported by the non-profit Worldwatch Institute.

Lastly, plastic bags are not only made of petroleum but also require large amounts of fossil-fuel energy to produce. The material’s lack of environmental sustainability has caused consumers and legislators alike to question whether there are better alternatives for carrying home some groceries or that new pair of pants from the mall.

Historically speaking the answer is yes and no. It is difficult for researchers to measure the impacts a ban has when it is either a few months old or may not even exist yet in a certain area. Despite the issue that bag restrictions are a relatively young concept in the United States, the effects produced by international plastic bag laws are well documented.

In an example which dates back to 2002, Ireland levied its own tax on plastic bags, resulting in a subsequent drop in plastic bag litter by 95%. In addition to Ireland’s success, a study done in 2011 on a small scale ban in San Jose, California indicated plastic litter reduction in the city of approximately 89 percent in the storm drain system, 60 percent in the creeks and rivers, and 59 percent in city streets and neighborhoods.

While there are concrete examples in the past of plastic bag bans producing exceptional decreases in terms of litter, critics of the restrictions have pointed out that these types of laws have many different impacts beyond the data collected solely on waste reduction.

In a study done by Australian researchers this year, it was demonstrated that one of the most overlooked effects produced by plastic bag bans is the increase they cause in the purchase of 4 gallon trash bags. Individuals who may have reused their plastic shopping bags as trash liners instead are inclined to buy large plastic trash bags, which are constructed out of an even heavier plastic than their shopping and grocery store counterparts.

In a similar way to which sales of large plastic trash bags spike in the event of a plastic bag ban, the use and total waste of paper bags also increases. So with plastic bag bans comes issues with increased plastic garbage bag waste and increased paper bag waste. A large component of this problem comes from consumers not reusing or recycling their bags effectively, especially when it comes to paper bags.

Regardless of whether paper or plastic packaging has a better or worse effect on the environment and society as a whole, its clear that the production and sale of both types of bags have their strengths and drawbacks. Its clear that the single use plastic bags found from grocery to clothing stores are far from being the most sustainable form of packaging one could be using, so what is?

The immediate reaction here by many consumers and businesses alike is a push toward re-usable cotton tote bags, which seems perfectly logical given the issues with single-use bags. However a different study done in 2019 by Dutch researchers suggests the contrary. According to their data, an organic cotton tote bag must be re-used approximately 20,000 times before its environmental performance is equal to that of any typical single-use plastic bag. While this research may seem counter intuitive, it makes more sense when one considers the resources that are required for cotton production. In addition to the minimal infrastructure currently in place for the recycling of cotton, its effects on soil, water consumption, and water supply are all detrimental to the way cotton bags stack up against plastic ones.

In comparison, polypropylene reusable bags only need to be used 40-50 times to recoup their environmental impact. And fortunately there are other materials that can be used to create reusable shopping bags that are more sustainable in nature.

Are Paper Bags the Answer?

What about paper bags? Intuition might assume that because paper is much more biodegradable than plastic and contains less harmful chemicals, its overall impact on the environment should be diminished in comparison to materials like plastic. However despite these environmental advantages paper has in terms of raw material, it falls short to plastic when it comes to other factors such as the manufacturing process. Not only is paper more resource intensive to produce, but each bag that’s assembled can consist of five to seven times more mass than the average plastic bag. This causes an increase in shipping costs and the environmental impact of their distribution. When paper bags are used for packaging, they must be reused several times in order to recoup their environmental impact.

When making the decision between paper, plastic, and reusable bags, retailers must keep in mind the overall impact and functionality. The answer to the question of which bag to use is not exactly a simple one. There are variables in usage, reusability, material waste, and environmental impact that all need to be considered.

Regardless of all the contradictory studies about which material is the best and safest, researchers have concluded that whatever bag you decide to bring or buy from the store, make sure you do not immediately throw it away. Using the same bag for different purposes as many times as possible and proper recycling are the most effective ways to diminish your impact on the environment and surrounding community.